The cognitive era is here and organizations ought to seize the opportunity to leverage the game changing technologies for business growth and transformation.

This assertion was made by IBM at the inaugural Watson Malaysia Summit 2017 recently. But in fact, this statement has been touted by “disruptive” businesses for some time. And IBM has made that milestone to actually have a showcase for it, right here, right now, in Malaysia.

So, what is the story of IBM Watson?

Watson is the first commercially available cognitive computing capability, representing a new era in computing. Watson analyzes high volumes of data and processes information more like a human than a computer – by understanding natural language, generating hypotheses based on evidence, and learning as it goes. IBM calls its Watson AI “Augmented Intelligence”, which implies that it is no mere “artificial intelligence”. 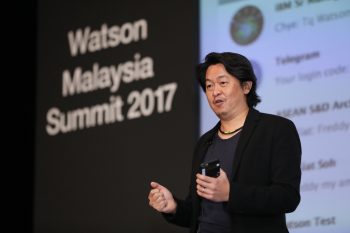 As organizations work to make more data-driven decisions – 2.5 billion gigabytes of data being created every single day, they need advanced systems that are able to crunch massive amounts of structured and unstructured data and deliver actionable insights within seconds. Deloitte estimates the cognitive computing market will expand in five years to US$50 billion in the U.S. alone.

IBM Watson’s triumph on the television quiz show Jeopardy! in 2011 where it faced off two Jeopardy legends, Ken Jennings and Brad Rutter, was akin to a “watershed” moment for the era of AI. Why? Watson had to decipher complex and nuanced English, hunt down possible answers, choose one, and then decide if it has enough confidence to bet on it…. doing all these in a mere 3 seconds.

So, instead of humans formulating our queries to say, Google, in a very specific way that will make sense to a computer, Watson is able to process our nuanced queries, which requires making inferences.

Since that ‘showbiz’ demo in 2011, IBM has knuckled down to actually making Watson AI accessible to all.

IBM has further advanced Watson’s capabilities and made it available via the cloud. Watson is being trained in eight additional languages (apart from English) including German, Korean, Brazilian Portuguese, Spanish, Japanese, Arabic, French and Italian. In 2017, Watson is estimated to reach 1 billion consumers.

Today, it is represented by a diverse set of Watson services that span language, speech, vision, and data insights, based on over 50 underlying technologies. Watson now powers new consumer and enterprise services in the health care, financial services, retail and education markets.

IBM has also opened the Watson platform to developers and entrepreneurs, enabling them to build and bring to market their own powered-by Watson applications for a variety of industries. IBM Malaysia’s managing director, Chong Chye Neo, said Watson is already in use in more than 45 countries and across 20 different industries.

Chong further added that IBM is guided by three guiding tenets: purpose, transparency and skills, which are crucial to help people develop trust in an AI system. “For IBM, the purpose of AI will be to aid humans, not replace them. For most of our businesses and companies, it will not be a “man or machine” scenario, instead it will be a symbiotic relationship between the two. Our purpose is to augment and really be in service to what humans do.”

Stakeholders must also be clear or transparent in showing how AI platforms are built and what data was used in training. “With Watson, institutions can combine their decades of knowledge with industry data. These systems will be most effective when trained with domain knowledge in an industry context,” she elaborated.

Skill is the third tenet. “AI platforms must be built with people in the industry, be they doctors, teachers, or underwriters. And companies must prepare to train human workers on how to use these tools to their advantage,” she concluded. That this ‘expertise’ is sought certainly lends IBM Watson much credibility.

The market for cognitive systems continues to grow. IDC predicts that by 2018, 75 percent of all consumers will interact with services based on cognitive computing on a regular basis. 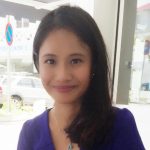 Lorraine Lee is an EITN editor, with over 10 years of experience in corporate consulting, finance and corporate intelligence.