Here is the final part of our 2012 IT chronicles compiled by Brandon Teoh.
AUGUST 2012 – Apple vs Samsung  On August 2012, San Jose courtroom US District Judge Lucy Koh ruled that Samsung infringed Apple’s patent and awarded Apple US$1 billion in damages.

Never mind that the whole thing stunk badly – the jury foreman was reported to be biased – the ruling didn’t wrap up as neatly as Apple would have liked. Legal experts from Olswang Asia, Rob Bratby, felt that the patent war had just began, even though the mood could have already been dented in many ways. More recently, Reuters reported that Apple lost a tablet copyright appeal against Samsung, a ruling from high court in the UK judged that despite some similarities, Samsung’s Galaxy tablet did not infringe Apple’s designs, in part because its products were “not as cool.”   This decision is valid throughout Europe only. SEPTEMBER 2012 – National ICT Month 2012 The National ICT Month (NIM) was a joint initiative between PIKOM and the Ministry of Science, Technology and Innovation (MOSTI). The theme was ‘Innovation for Digital Opportunity’ and according to Dr. Sharifah Zarah Syed Ahmad, deputy secretary general (Policy) of MOSTI, it is important that Malaysians keep up-to-date with trends in the industry in order to keep up with the rest of the globe. This month-long even was officiated by her and consisted of three main activities – PIKOM World Cyber Games, Digital Lifestyle Expo and Leadership Summit 2012.
The PIKOM ICT Strategic Roadmap 2012/2013 was also launched. The last time this roadmap was published was in 2008.
The following 7 focus areas have been identified under the ICT roadmap 2012 – cloud computing, e-services, ubiquitous connectivity, smart agriculture, wireless intelligence, big data and genome sequencing. This roadmap will be overseen by the Malaysian Industrial Research on ICT Consortium (MiRICT) whose members consist of MOSTI, MOHE, MITI, MADICT, KPKK and the EPU. Some of these initiatives have already been in place over the years. Examples include the Prototype Research Grant Scheme 9PRGS) for RFID development, establishment of Cyber Security Malaysia under MOSTI as Common Criteria Recognition Agreement (CCRA) authorising member, availability of R & D grants under MOSTI and Cradle supported by MOF and etc. OCTOBER 2012 – National ICT Budget 2013 The allocation for next year’s budget is RM251.6bil with the fiscal deficit at 4% compared with 2012’s deficit of 4.5%, and for the ICT industry, one of the few allocations focuses on talent development.   These initiatives include the allocation of RM440 million to the Skills Development Fund Corporation (PTPK) for training loans, the additional funding of RM366 million for upgrading and purchase of training equipment for Industrial Training Institutes and National Youth Skills Institute (IKBN), and the continuation of the 1Malaysia Training Scheme Programme until 2016. SMEs were also taken into consideration and initiatives were set in place to allow better access to financing, for example the allocation of RM30 million to drive the implementation of the recently unveiled SME Masterplan, which sets high targets for Malaysian SMEs.
The allocation involves the implementation of the 32 initiatives, including six High Impact Programmes, which aims to accelerate the growth of SMEs through innovation and productivity with strategic investments.
It goes hand-in-hand with the significant RM1 billion SME Development Scheme under the management of the SME Bank.   Others are the New Entrepreneur Foundation (NEF)’s assistance in providing training and guidance programmes for the young ICT entrepreneur and the Bumiputera Financing Fund for Bumiputera SMEs and tax exemptions and financial assistance for individuals setting up personal online businesses, as well as financial allocation for training and development programmes. The increased funds for the Green Technology Financing Scheme (GTFS) is definitely one of the highlights of the 2013 budget to drive development of energy efficient products like our notebooks and servers as well as designing green data. The government-backed initiative to encourage Intellectual Property adoption will provide catalytic incentives for industry players and MDeC will be driving this effort in partnership with the Intellectual Property Corporation of Malaysia (MyIPO) as it will create the much needed intellectual property market for local technopreneurs. Apple Refreshes Whole Product Lines…During the Apple Special Event on Oct 23 2012, Apple announced new product offerings for all of its computer hardware products. 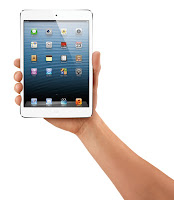 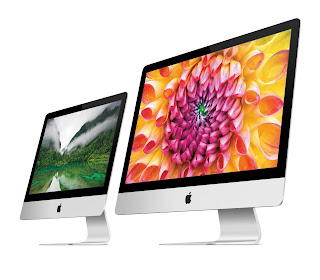 It also launched the iPad Mini, the palm-size iPad which is a completely new design from the original iPad. The iPhone5 was sold out in the first weekend.
It was reported that the AppStore currently hosts 700,000 iPhone apps and 275,000 customised designed for the iPad alone. Up to date 35 billion apps have been downloaded It is the biggest marketplace for software developers with over US$6.5 billion already paid out to developers.
Windows 8 launches…Windows 8 was launched globally on 26 Oct 2012 by Microsoft and is now available in the Malaysian market starting 29 Oct 2012.

Windows 8 is not just a new release of Microsoft’s operating system; it has the capability of being a full desktop operating system besides also being able to power mobile devices.

Windows 8 is fully cloud-enabled with built-in support for SkyDrive – cloud storage which offers 7GB free storage. Most applications such as Internet Explorer 10 are built to work together with SkyDrive. The biggest feature for Windows 8 is that it is optimised for touch.